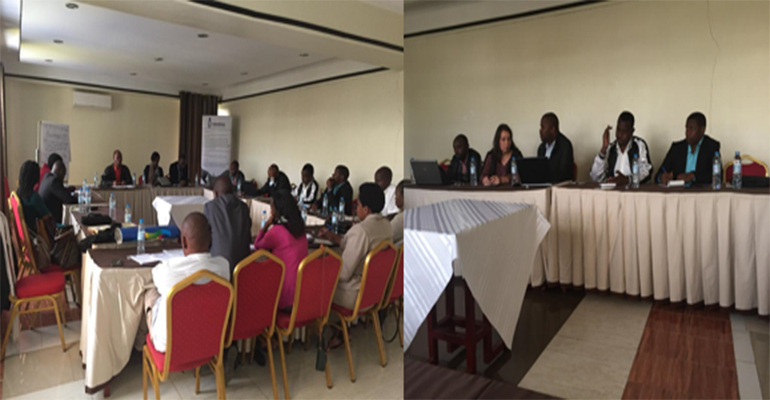 The research by Haguruka in the eastern province, reveals that 53% of teen mothers willingly slept with their male partners, but none of these has planned to have children. All the pregnancies appeared as unwanted for these girls. Like other GBV Victims in general, the teen mother needs special attention

The research by Haguruka in the eastern province, reveals that 53% of teen mothers willingly slept with their male partners, but none of these has planned to have children. All the pregnancies appeared as unwanted for these girls. Like other GBV Victims in general, the teen mother needs special attention and social protection in their challenging lives as teenagers and mothers at the same time.

According to statistics from the Ministry of Health, the year 2016 alone 17,444 teenagers had unwanted pregnancies across the country. As result, there are big numbers of teen mothers and their children who faced challenges in society. And these are only those who went to health centers and hospitals for treatment; and they were between 16 and 17, not bellow.

Imbalance in sex negotiation and lack of awareness of sexual health

Haguruka has identified challenges faced by teen mothers so that the whole community could work hand in hand to handle them. Among other challenges, “Imbalance in sex negotiation”. For this, the research revealed that almost teen mothers slept with males that were older than them, this causes the incapacity to negotiate the kind and conditions of having sex which resulted in getting unwanted pregnant.

The narrative testimonies of teen mothers display five scenarios that occasioned intercourse. First, some girls declare that they did sex out of mutual consensus and that they consciously chose to sleep with the man because both wanted to do so.

Second, there are girls who are trapped in the course of seeking long-term love, expecting marriage with the man. At this point, young men in the age of marriage, especially those who started building their own house, pretend to love girls and to have marriage project with the girls. But most of them reject these girls after sleeping with them.

Third, girls are trapped because of their poverty. When they are in need and that a man is promising to help, they accept the support as well as related conditions, including having sex.

Fourth, other undefined occasions are conducive to violating girls. Young men have a lot of strategies to attract girls. Some of them invite girls in their homes, others plan a walk together, other pretend to be sick and ask girls to pay a visit to them, others use other girls to invite their colleagues on young men’s behalf, all such appointments end with violating those girls but they keep quiet.

Lastly, there are adult people who abuse their position and status in violating girls who are under their responsibility. At this point, one girl mentions, “I went to our training room, he then invited me to a room, he removed my underwear and slept with me. When he finished, I went home and did not scream because I was afraid of him”.

It is therefore visible that girls are surrounded by situations that they are not always able to control and that culminate into having sex. Other challenges are like Abandonment of School, Social integration, health Insurance, the disclosure of male partners, Unregistered birth, and rejection by their lovers.

Therefore, teen mothers need awareness in matters of Sexual and Reproductive Health knowledge they cannot get an unwanted pregnancy. They need awareness around sexual and Gender-Based Violence.

Then so, Teen mothers need survival means in order to face survival challenges in society, they need to be integrated into society, not as dependent, but as producers and contributors to the development of the country with due dignity. They need to pursue their studies and secure their future even if they don’t have their husband, but they are still young, they can contribute a lot to the Country.

Haguruka calls upon the Community to stand and support teenage mothers. Haguruka is a Rwandan non-governmental organization, founded in 1991. Haguruka means “Stand up” in Kinyarwanda. So, standing up for the rights of women and children.