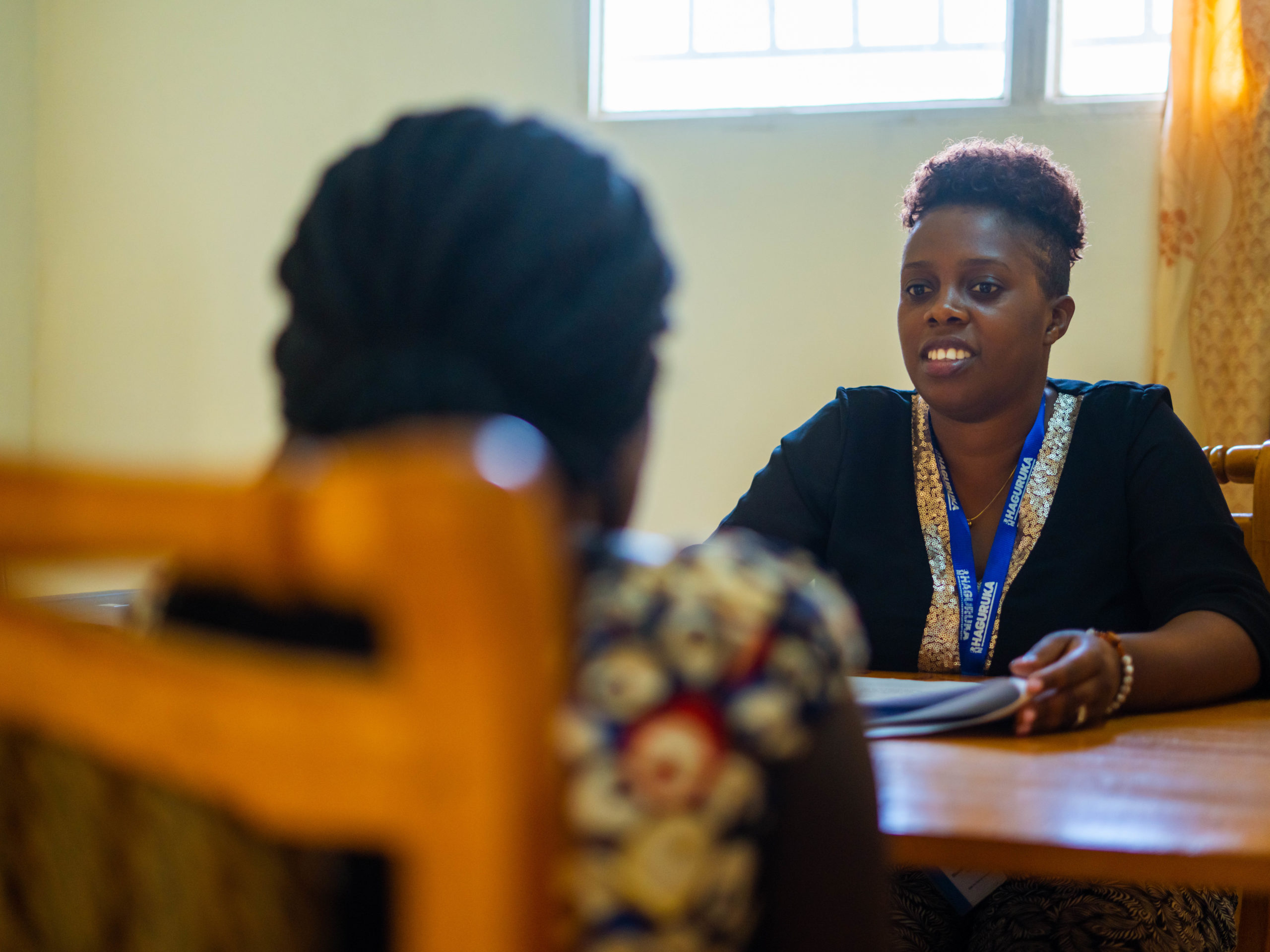 How Haguruka is transforming lives of vulnerable communities

Epiphanie has been married to her husband for twenty-three years, and together they have 7 children and one grandchild.

Throughout their marriage, Epiphanie says to have experienced economic abuse from her husband and because of that, there were constant disputes in their home.

She says the husband would use, sell and buy property without her consent. Later, Epiphanie began doing the same thing, which worsened the situation and affected their relationship; enhancing trust issues even more.

They tried to seek counsel from family, friends, church and the community they live in, but it was all in vain. The village leader, knowing their issue, invited them to attend Haguruka’s community dialogues on GBV prevention.

When this happened, they both learnt that they have equal rights to their family properties and the legal consequences of depriving each other’s rights. They also learnt how to communicate peacefully and effectively. They are now practicing joint financial planning and are committed to heal and rebuild their marriage.

Epiphanie is among thousands of women (and men) whose lives have been changed by Haguruka, a non-government organisation that works to defend the rights of women and children.

Funded by Kvinna till Kvinna, the project was able to raise awareness among local citizens on the Rwanda GBV legal framework, GBV services, referral structures, and procedures to follow towards GBV prevention.

There was also sensitising the community on the importance of supporting human rights and sexual and reproductive health and rights issues of women and girls.

Some of the beneficiaries, who were GBV Victims, were supported with legal aid through legal representation and psychosocial counselling support.

Top on the agenda, was the empowerment of women to participate in decision-making and conflict resolution.

The case with teen pregnancy

The issue of teen pregnancy has been rampant in the country, with numbers that keep on rising despite present efforts. It is in this regard that this project had its aims around this issue.

During the project’s implementation, there was a dialogue session for 160 youth on GBV prevention and SRHR. It aimed at increasing understanding of their rights to sexual and reproductive health and confidence of asking what they don’t know, providing space for critical thinking and discussions on issues of gender, SRHR, and violence against woman and girls.

The implementation of the project brought about improved protection from gender-based violence with a specific focus on raising awareness on Rwanda’s GBV legal framework, GBV services, referral structures, and procedures to follow towards GBV response.

Right-holders and duty-bearers also increased their understanding and respect for SRHR.

gender-based violence among individuals in the communities was also achieved.

Haguruka was also able to conduct a capacity building training for 76 (58 men and 18 women) leaders in local structures including cell executive secretaries, village leaders and Inshuti z’umuryango. 80 (37 men and 43 women) local authorities from both Musanze and Gasabo districts were trained on psychosocial counselling to GBV victims.

Haguruka trained 32 community facilitators including 20 females and 12 males so that they facilitate community dialogues.

15 women were also supported with DNA test (8 in Musanze and 7 in Gasabo).

Haguruka provided legal representation before the courts of law to 40 GBV cases of women and girls.

Haguruka in partnership with Reseau des femmes, AKWOS- Organisation of Kigali Women in Sports and Rwanda Women’s Network supported 89 women to participate in leadership at the local level.

Uwitonze and Nkurunziza, a couple that was part of the beneficiaries, shared that, “After we learned about GBV and gender equality, my husband and I strived to live in peace by giving up some of the things that made us both miserable including not discussing the use of household resources, adultery and drunkenness.”

Out of the 80 couples with GBV issues who participated in the dialogue sessions, the majority showed a gradual positive change. They adopted positive attitudes and most of their violent behaviours and practices stopped.